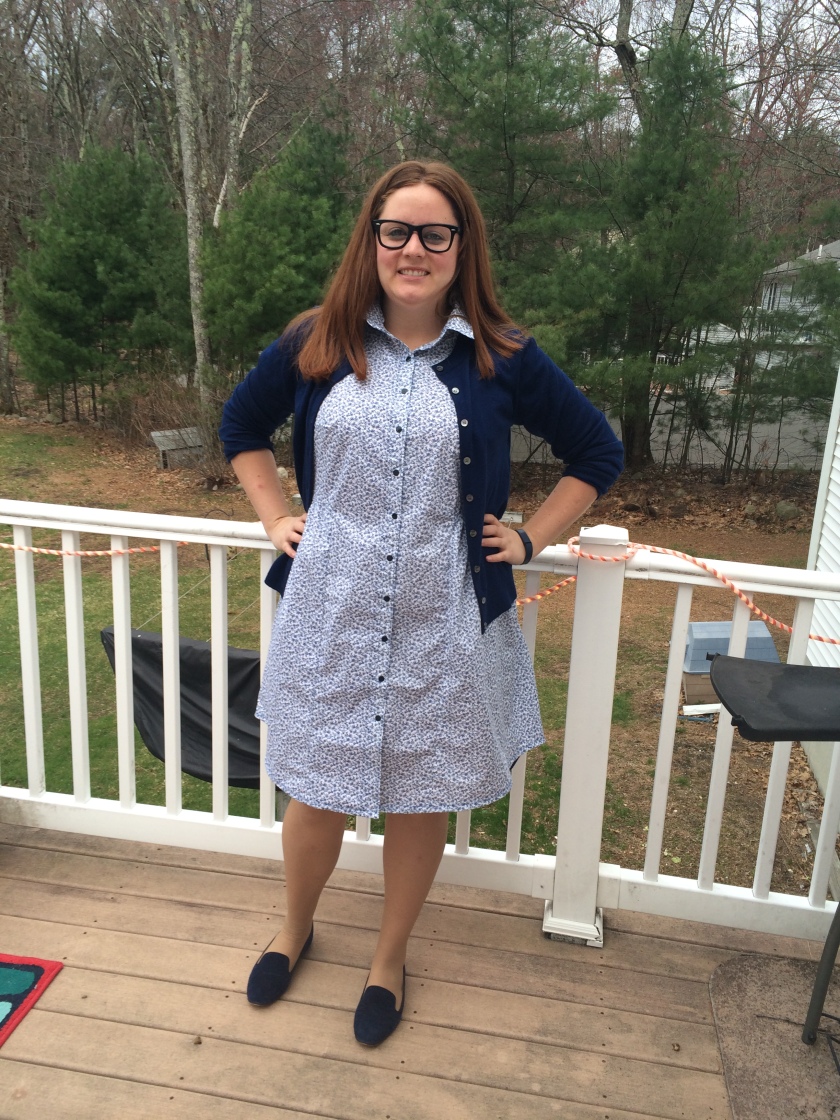 I was still struggling a bit to make a proper collar (2-piece), so I decided to take another class on a garment with one to gain the mastery of the collar! Luckily for me I saw that Grey’s was offering the Alder Shirt dress class in just a few weeks, so I signed right up!

I got really lucky and had the class all to myself so I was very spoiled by one-on-one help from the wonderful Ashley, and the use of two machines. I don’t think I can ever go back to constructing and top stitching on the same machine. #firstworldproblems

I decided to use some fabric that had not long ago entered my stash. I had ordered 2.5 meters (roughly 2.7 yards) of the bicycle fabric from Blackbird Fabrics in March thinking it would be a good amount for my stash. This fabric is no longer available but Caroline has some great stretch shirting in different prints that you should look at! Since it’s a stretch shirting, the obvious choice would be to make a shirt and there was enough for that, but I wasn’t sure so I didn’t cut right into it. When I decided to use it for the Alder I was nervous I wouldn’t have enough fabric so I laid out my pre-altered pattern pieces to make sure I would. Luckily the bicycles are 55 inches wide because Alder view B requires 2.5 yards in that width: practically perfect! My mom was hoping I’d have enough left over for her to make an elastic waist skirt but after my alterations I had a tiny sliver left that I might be able to make into a headband.

My bust measured 39.5 so I might have been able to get away with just using the size 12 with an FBA (bust measurement of 38, finished bust of 39 3/4) but I decided to air on the side of caution and make the size 14 with a FBA. Ashley told me that Grainline drafts for a B cup and I vary between a C and a D (I’m slowly convincing myself that I should really start making my own bras but that’s a story for another time) so we followed the technique in a fitting book of adding 3/4 of an inch to make up the space between a B and C cup. This turned out to not be quite enough and I had to add an underarm gusset. I was slightly disappointed but I really liked this method of doing the FBA so at least I learned something. I went back and measured myself again and my measurements are accurate so after talking it over with Ashley I’m fairly certain I should have also done a broad back adjustment. I was on the swim team in highschool (nearly 10 years ago,eck!) and it’s still an active part in my workout regimen so in theory, it would make sense that I have a broad back. I’ve adjusted the pattern pieces so next time the fit will be spot on. This fabric is really busy so you’ll never even notice the gussets unless you get way too close for my comfort anyway.

I made two other alterations. In terms of functionality I decided to add in-seam pockets which were very straightforward. Ashley showed me how to under stitch so the pocket will lay flatter and I must say, I’m a fan of this extra step. The only other change I made was in terms of fit and it was also very straightforward, I needed to add some length. I wanted the dress to hit just above my knee so I added 2 1/4 inches to the front skirt pieces and 3 inches to the back skirt pieces and button band. The front bodice had already been lengthened during the FBA. I like dresses to be knee length or right above my knee so when I sit down or bend over there is less chance of flashing. I work in a business casual environment so while a dress with bicycles is fine to wear, I wouldn’t feel comfortable in a dress with bicycles that is so short that I can’t bend over.

I serged some of the insides during class but finished most of the seams with the same bias tape I used for the hem and arm holes. Instead of buttons I opted for navy snaps and must admit that the hammering aspect of their insertion was just the tension release I was looking for (but hadn’t realized I needed). The pack came with 10 and I used them all by spacing the snaps every 3 inches until I ran in. My third one up from the bottom has been giving me trouble snapping closed, it eventually does but when I unsnap, boom it falls off! I added it back on and am just going to sew a few stitches to that area and not unsnap it in the future. It’s far enough down that it’s not like I need to undo it to get the dress on. 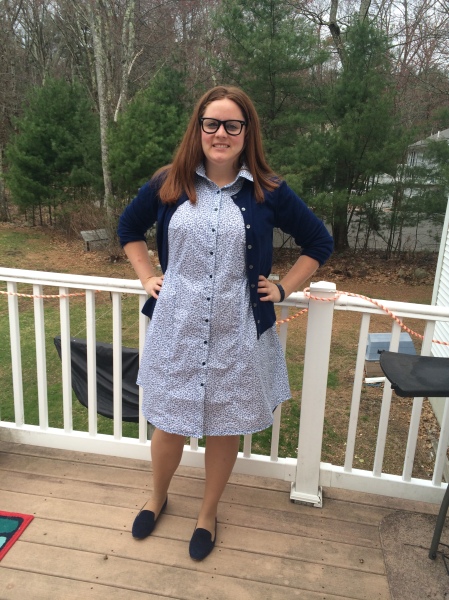 Since taking this class I feel much more confident about yolks, collars and full bust alterations! One of my goals for Me-Made-May was to master a button down and between Alder and the Granville I feel like I can confidently say I have two patterns that work well for me. I may even get right on making a second and completely copy Teri and make it in Triangle Tokens from April Rhodes, it looks so great on her and I think the triangles match this pattern perfectly.

Hi, I'm Carolanne, welcome to my blog. I'm a digital marketer by day and sewist by night. I love to document my successes (and failures) and would love to hear about yours! Find out more here. 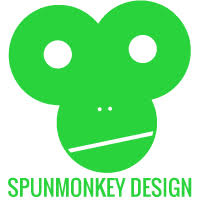